1: What is the most significant landmark in human history to have occurred in the past decade?

The arguments could go on forever over the answers to this, but future historians will surely include the demographic turning-point that occurred around 2009 — the first time that the number of people living in towns and cities overtook the world’s rural population.

(For bonus points!) It’s not quite as simple as that, of course, since there are major disparities between regions. In Northern America, for example, the urban population had already outnumbered the rural population by the early 20th century.

(For bonus points!) In some areas, the figure is already over 80%. The global urban population in 2018 is 4.2 billion (55%), expected to reach 6.5 billion by 2050. The fastest rates of urbanization by far are occurring in Africa and Asia (especially so in India, China and Nigeria).

These are arresting statistics even in a ‘trivia’ quiz, but no numbers can begin to indicate the complexity of the changes we are living through and the challenges we face as a result of such rapid global urbanization. These changes and challenges include unprecedented demands on resources and services and unprecedented pressures on urban and natural environments. Throughout the world, it has become a pressing priority to adapt to new demands of high-density urban living and to ensure sustainable urban development.

Each town and city faces its own particular challenges — of transportation, pollution, housing, health services, socio-economic inequalities, ageing populations, food security, water resources — and often all of these together.

In Europe, many cities have experienced successive periods of socio-economic growth and decline, industrialization and deindustrialization, unregulated planning and unsustainable building projects. The results are visible today in many fragmented city layouts and in strained urban infrastructure and services. 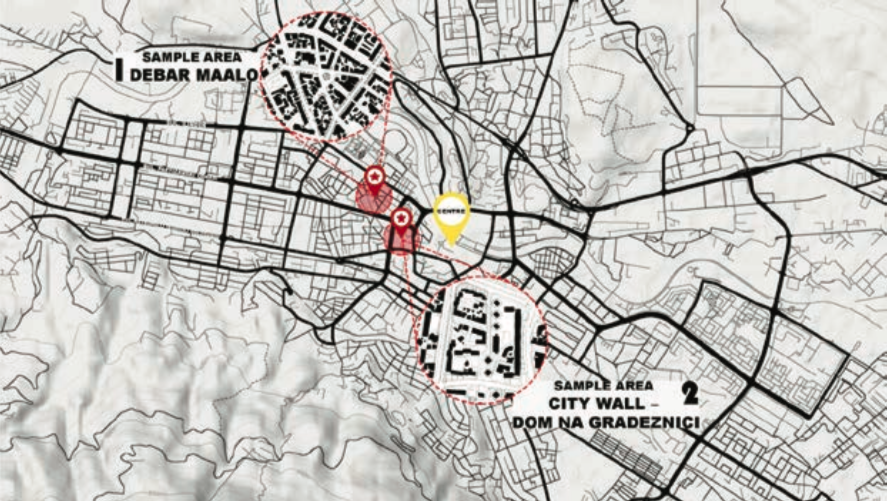 Such discontinuities are especially pronounced in the city of Skopje — a city that has been haphazardly shaped not only by the effects of the 1963 earthquake and reconstruction but also by major socio-economic and political changes, including unregulated and construction and architectural programmes imposed from above.

The result is a fragmented urban environment and an infrastructure under intense pressure. The citizens of Skopje suffer the consequences of this lack of integrated and inclusive planning every day in the form of extreme levels of pollution, traffic congestion and hazards to pedestrians, housing conditions and costs, infringements on green spaces.

The complex urban environments we live in have immeasurable effects on our lives and wellbeing. They are the places where we experience and develop our cultures. And we depend more and more upon the complex social networks and services that cities provide. And yet most of us have little or no say in the decisions made about planning these spaces.

A new approach is needed for urban planning to meet the new challenges we face and to make sustainable use of the opportunities offered by new technologies. These technologies can not only help develop a more integrated and smart approach to urban planning but can open channels to citizens — to work with the priorities of local communities to ensure a better and sustainable future.

Civil society organizations are increasingly demanding that city governments become more responsive to citizens’ needs in the design and delivery of public services, including those related to urban safety and the use of public space. More participatory and evidence-based public policy development is required to address the needs and priorities of urban residents, especially those on the margins of society.

The results were quite surprising for all of us, and these come in the next blog to be published shortly. Follow us and find out.

UNDP used the Skopje Lab platform to partner with the Faculty of Architecture, the Municipality of Center, experts and field researchers to test the methodology for measuring the SDG 11.7.1. Indicator: “Average share of the built-up area of cities that is open space for public use for all, by sex, age and persons with disabilities”.

The research and piloting have been undertaken as part of the “Measuring the Unmeasured/Venturing Into the Unknown: How Can We Measure SDG Tier III Indicators?” Cross-Regional Project led by UNDP Regional Hubs in Istanbul, Aman and Bangkok. The project is supported through the UNDP Innovation Facility 2017, which is funded with a generous contribution of the Danish
Government.